André M. Zachery is a Chicago-bred and now Brooklyn-based interdisciplinary artist, scholar and technologist with a BFA from Ailey/Fordham University and MFA in Performance & Interactive Media Arts from CUNY/Brooklyn College. As the artistic director of Renegade Performance Group his practice, research and community engagement artistically focuses on merging of choreography, technology and Black cultural practices through multimedia work. André is a 2016 New York Foundation for the Arts Gregory Millard Fellow in Choreography and 2019 Jerome Hill Foundation Fellow in Choreography.

RPG has earned mentions and favorable reviews from publications such as The New York Times, The New Yorker, The Village Voice, Culturebot, InfiniteBody, Futuristically Ancient, Hyperallergic, The Brooklyn Rail, The Daily News and AFROPUNK. As a technologist, André has collaborated with various artists through RPG, the design team of 3LD Art & Technology Center and The Clever Agency. These works have included design installations, immersive media productions, film editing and performance collaborations.

​As a scholar, André has been a member of panels, led group talks, facilitated discussions and presented research on a myriad of topics including Afrofuturism, African Diaspora practices and philosophies, Black cultural aesthetics, technology in art and performance and on expanding the boundaries of art making within community. He has been a panelist and presented his research at institutions such as Duke University, Brooklyn College, University of Virginia and Massachusetts Institute of Technology. Zachery has taught at Brooklyn College and been a guest faculty member at the dance programs of Florida State University, Virginia Commonwealth University, The Ohio State University and University of California Los Angeles. 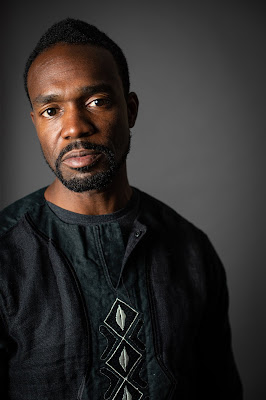